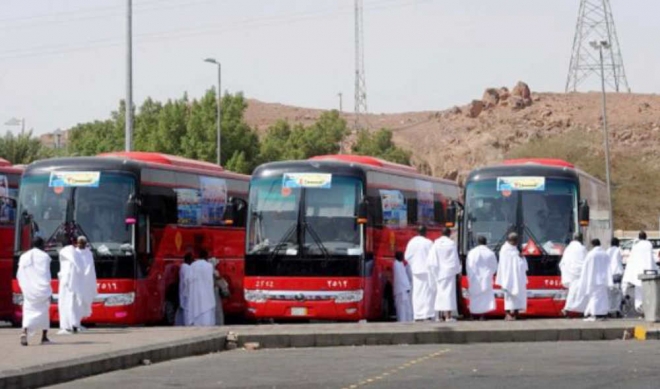 MAKKAH: During the past few decades the transport sector in Makkah has overcome major challenges by implementing innovative ideas and technology, transforming the landscape of the city.

Dr. Samir Barqa, a researcher specializing in the history of Makkah, said that after God ordered the Prophet Ibrahim to perform pilgrimage, visitors began arriving by foot, horse and camel.

“Transport has evolved over time. People used to walk for months to reach Makkah, with a lot of them dying on the way. Then people started using camels, also known as ships of the desert. Then ‘howdas’ were invented to carry women and the Kiswa to cover the Kaaba. Caravans used to travel by the thousands. Pilgrimage paths and the Zubaidah trail are clear examples of this movement, with camel passageways bearing witness to the importance of these routes,” he said.

Transport underwent a huge revolution after the discovery of oil, leading to the use of  cars, buses, aircraft and trains.

“Those who will look at the images of transportation today will see a clear difference and remarkable development, especially in the past 100 years. I had the honor, being a guide serving the pilgrims, to hold an exhibition highlighting the development of Hajj over time. The exhibition included a special pavilion for transport featuring images that showcase the development of this service over time,” Barqa said.

Saad Al-Qurashi, an investor in the transport sector in Makkah, said that transport in Makkah had gone through a major revolution.

Al-Qurashi explained that “whoever examines the transport movement in Makkah cannot but note the importance of the great development that this city has witnessed, a city that receives millions of Muslims from all over the world. The Kingdom was able to overcome this major challenge by launching Makkah buses of the highest standards. We have also the Haramain train, the Holy Sites train and public shuttle-bus transportation, all of which contribute to serving visitors and pilgrims.”

Al-Qurashi said that Makkah differs from other cities because of its difficult topography, which in the past had made the task of cutting the mountains to facilitate access to the central area around the Grand Mosque a major challenge.

He said that the “most important feature of this challenge was the ability of the country to turn the ruggedness of the mountains into tunnels that linked all regions of Makkah.”

These mountains, with their height and structure, constitute a natural barrier and an obstacle to reaching the opposite side of the mountain except by circumventing them; an exhausting, daunting and time-consuming task.

Government agencies searched for innovative ways, methods and solutions to overcome this challenge, resulting in the idea of building tunnels within the mountains.

Makkah is now taking on the challenge to become a smart city with modern technical applications to create an advanced transportation system to further organize traffic movement.