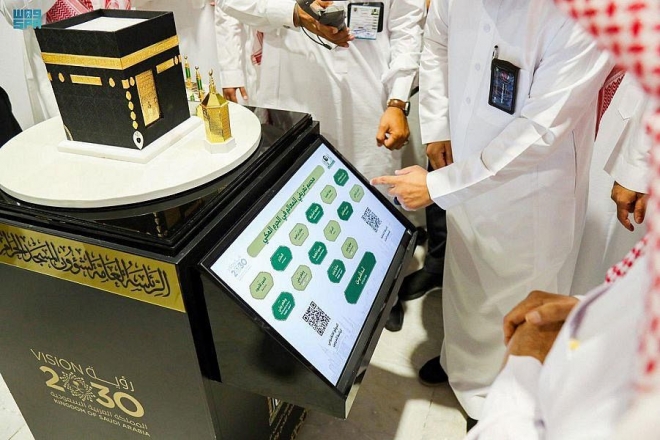 RIYADH: The president of the General Presidency for the Affairs of the Two Holy Mosques Sheikh Abdulrahman Al-Sudais inaugurated an introductory design for the landmarks of the Grand Mosque in Makkah on Monday.

The service aims to highlight religious and historical information about the holy site, showcasing efforts being made in serving Muslims around the world through documentary films and an interactive map of the Grand Mosque in several languages.

Al-Sudais stressed the importance of using technology in conveying the message of the Two Holy Mosques and serving pilgrims.