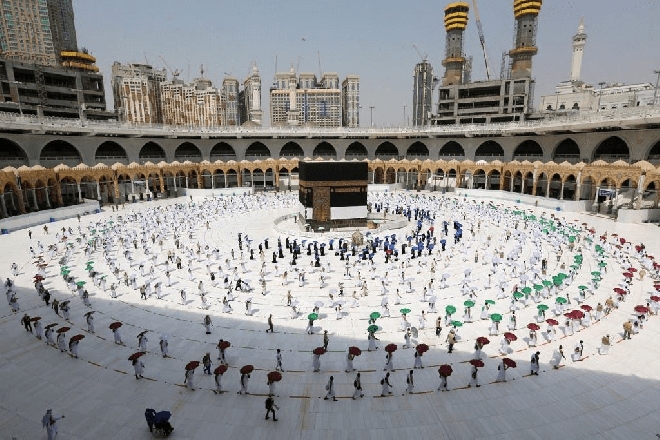 THE RM50,000 estimated cost for the private haj package is reasonable considering the expensive management in Makkah including accommodation, transportation, food and drink as well as taxes imposed.

In agreeing with the starting price of private haj packages priced at RM50,000 and above, the Solidarity Association for Travel & Tours Agency Malaysia (SAFTTA) president Dr Fathir Badri Alhadad said it is impossible for existing package costs to decrease.

“Even the package offered by SAFTTA is around RM80,000. Actually, the price has increased every year but this year we feel it the most due to the two years we are not allowed to perform haj due to the closure of the country’s border. The RM50,000 is actually a minimum increase and not many (travel agencies) can charge as low as that.

“Unless the pilgrims follow the Muassasah package by Lembaga Tabung Haji (TH), then it is possible that the cost is below RM50,000 — this is because the TH muassasah package offers a slightly lower management cost due to going in bulk.

“On the other hand, if following the package offered by a private travel agency, we mostly use an invitation visa so the cost does increase and is quite expensive. It is not the matter of the price increased due to the travel agency raising the package price, instead it is because the management cost at Makkah is already expensive,” he explained.

Meanwhile, the Association of Umrah and Haj Travel Agencies Malaysia president Datuk Seri Razali Mohd Sham said the estimated increase in haj packages to RM50,000 is due to the increase in accommodation prices and management of haj packages.

According to him, there are a lot of Malaysian Muslim wanted to go perform haj pilgrimage and are in line waiting.

“However, I believe that this cost will decrease based on the current situation. When the demand is low and the supply is high, the price will decrease. Currently, the price increase is due to many hotels still close during the haj season which resulted in price increase. Even so, later on when hotels have reopened and back on business, I believe the price for the haj package will be more affordable,” he added.

Meanwhile, Persatuan Syarikat Pengendalian Pelancongan Bumiputera Malaysia president Harun Kc Achmmu said the actual cost of the package is yet to be ascertained even for the expectation of the cost.

This is due to the components of the haj packages inclusive of accommodation, food and drink, as well as the cost related to Masyair which is the cost involving the ceremony of wukuf worship at Arafat, mabit in Muzdalifah and throwing in Mina, which is also the activities outside the city of Makkah.

“When you talk about haj, it involves the wukuf worship at Arafah, mabit in Muzdalifah and throwing in Mina, it is the proper way of doing haj. Hence, if it is not performed, it does not count as haj.

For the actual haj package, there is a cost which includes camping (accomodation), food and drink and transportation for the Masyair day. That figure has not been ascertained yet — even the Malaysian government is waiting for the news from the Saudi Arabia government,” he said.

In terms of pilgrim manager, he also informed that in Malaysia, pilgrims need to be registered with TH to be listed as eligible to perform the haj in turn.

“For the pilgrims listed selected for the 1443H session, they are given the right to choose the organiser who will lead them (channel) — such as through TH muassasah, through TH Travels (a subsidiary of TH) or through a travel agency that has been licensed by TH (22 companies).

“However, till date, we cannot give any expected cost due to the fact that the two components from the package have no base price yet,” he added.

The two components include the basic money of the pilgrimage charged by TH inclusive of flight ticket and mandatory payments to the government of Saudi Arabia which has not been fixed by TH yet, and the cost involving Masyair.


⇐ Previous:
Official: About 40,000 Iranians Can Perform Hajj This Year
Next: ⇒
Saudi lensman reveals how he caught the noble act of a brother sheltering his sister from midday sun