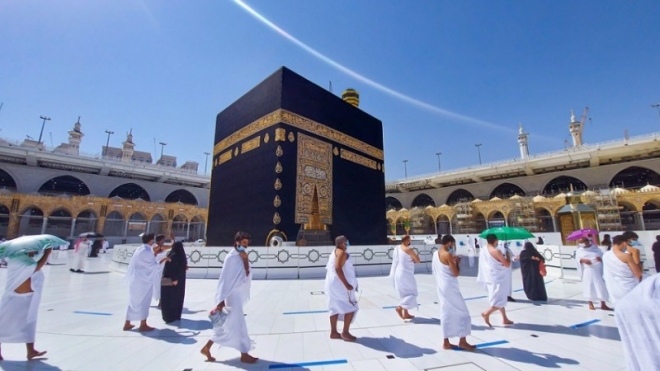 The announcement comes following a meeting of the Royal Committee for Hajj to discuss the measures and preparations Saudi authorities have set for Hajj 1443 AH, said the ministry in a press release on Thursday.

The Saudi Ministry of Hajj and Umrah announced that only those under the age of 65 and fully vaccinated against the COVID-19 virus (three doses) will be allowed to perform Hajj this year. Pilgrims are also required to present a  negative PCR test no older than 72 hours.

More than 10,000 Moroccan pilgrims will perform Hajj 2022 under the supervision of the ministry, while tourist travel agencies will assist the remaining 5,206 pilgrims.

In case the number of pilgrims is not completed, the ministry will resort to the waiting list while taking into consideration the age condition of people, added the release.

Saudi Arabia has set a limit of one million Hajj pilgrims, from both inside and outside the kingdom, for the year 2022.

The Moroccan Ministry of Islamic Affairs assured the committee that despite the short preparation time, it will make all the necessary arrangements to organize this year’s Hajj.

The Minister of Islamic Affairs Ahmed Toufiq said that once arrangements regarding transport, logistics, and housing services are set out, the ministry will hold a meeting with the committee to determine the costs and duration of the pilgrimage before announcing it to the public.

Hajj, which is one of the pillars of Islam, is an annual Islamic pilgrimage to Mecca, Saudi Arabia. The holy pilgrimage occurs only once a year and lasts about ten days during the last month of the Islamic calendar.

Unlike Hajj, Umrah is a voluntary journey to Mecca that worshippers participate in to get closer to Allah and it can be performed any time of the year.


⇐ Previous:
Umrah Security Forces gear up for huge flow of pilgrims during last ten days of Ramadan
Next: ⇒
4,500 Kenyans to make pilgrimage to Mecca