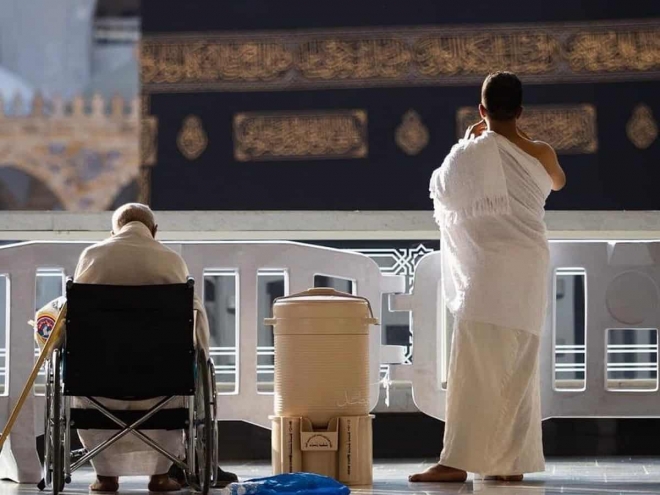 Kuwait: The prices of flights from Kuwait to perform Haj pilgrimage in Saudi Arabia are expected to increase significantly by 40 percent due to the decrease in the Haj quota, local media reported.

Saudi Arabia has set Kuwait’s quota for this year’s Haj at 3,622 pilgrims down from the pre-pandemic time with 8,000 pilgrims.

According to Arabic daily Al Qabas, it is expected that the prices of Haj flights from Kuwait this year will range from 3,000 Kuwaiti dinars to 4,000 Kuwaiti dinars, an increase of about 40 percent compared to previous seasons.

It is reported that the Supreme Haj Committee will soon meet to develop mechanisms and perceptions for organizing Haj this season and work to provide services for pilgrims and not increase prices.

The Saudi Ministry of Hajj and Umrah, on Thursday, issued the provisional Haj quota to each country, for the year 2022.

On April 9, the Kingdom announced that it will allow one million people from all over the world, to perform Haj this year.

This is the first year in which the authorities have allowed the entry of pilgrims from outside the Kingdom, since 2019.

2020 witnessed an exceptional season for Haj, and in consideration of the COVID-19 pandemic. The number of pilgrims at that time was limited to about 10,000 from inside Saudi Arabia only, compared to about 2.5 million pilgrims in 2019 from all parts of the world.

In 2021 the capacity was limited to 60,000 citizens and residents who received the vaccine, due to the measures that were imposed to curb the pandemic.

However, those performing Haj must be under 65 years of age and they must have at least two doses of COVID-19 vaccination.