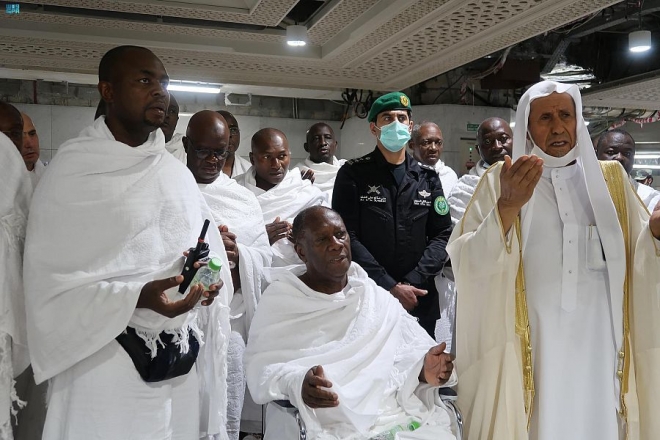 Upon his arrival at the Grand Mosque in Makkah, Assoumani was received by a number of officials from the General Presidency for the Affairs of the Two Holy Mosque and the mosque’s special security force.

Aso on Tuesday, President of the Ivory Coast Alassane Ouattara performed Umrah at the Grand Mosque.

Assoumani then headed to Jeddah, where he was received by Prince Saud bin Abdullah bin Jalawi, adviser to the governor of Makkah region, and acting governor of Jeddah, along with a number of officials at King Abdulaziz International Airport