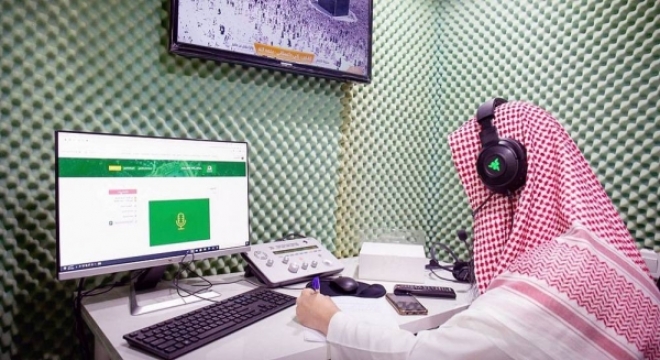 MAKKAH — The Languages and Translation Unit has delivered the message of the Two Holy Mosques to the rest of the world, in different languages, through the Al-Haramain digital platform and FM radio frequencies.

The broadcasts come within the Presidency for the Affairs of the Two Holy Mosques’ participation with the Makkah Region initiative titled “How to be a role model in the digital world.”

The Unit is represented by the General Administration of Digital Broadcasting in Languages, the initiative of the Minbar (pulpit) Al-Haram initiative, and the digital broadcasting initiative in international languages 24 hours a day from the Grand Mosque in Ramadan.

The Director-General of the General Administration of Digital Broadcasting in Languages Mishari Al-Matrafi, said that the number of beneficiaries of the Minbar Al-Haram initiative to broadcast the translation of Friday sermons during Ramadan and the Eid Al-Fitr sermon, amounted to more than 223,877.

He added that the administration transmitted programs, scientific lessons, sermons and recitation of the Qur’an and the hadiths of the Prophet about the virtues of fasting and zakat, for nearly 720 consecutive hours for each language, with the number of beneficiaries from all languages exceeding more than 557,515. — SPA