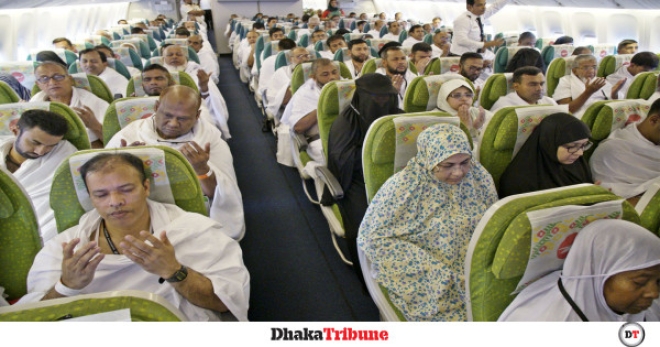 A total of 780 Hajj agencies have received permission from the government to conduct Hajj services this year.

The Ministry of Religious Affairs issued an order allowing another 80 agencies to in the third phase on Sunday.

The notification from the ministry states that the selected Hajj agencies must have written agreements with pilgrims and unregistered pilgrims cannot be taken to Hajj. Any agency found to be conducting such business will face legal action, including revocation of its license without showing cause.

In addition, if the information of any Hajj agency is found to be incorrect, the Ministry of Religious Affairs reserves the right to remove the agency's name without providing any explanation, reads the notification.

This year, each agency is allowed to send a maximum of 300, and a minimum of 100 pilgrims to Saudi Arabia for the holy activity.

On May 12, Hajj Agencies Association of Bangladesh (HAAB) announced a general hajj package of Tk4.63 lakh for Bangladeshi Hajj pilgrims this year.

HAAB Secretary General M Shahadat Hossain Taslim said the total airfare is set at Tk1,40,000 and house rent at Tk1,58,056 while the rest would be added accordingly.

A total 57,856 pilgrims from Bangladesh will be allowed to take part in the Hajj this year. Among them, 31,000 pilgrims will be carried by Biman and the rest by Saudia and Flynas, depending on the government’s approval.

Hajj is open to those who have been fully vaccinated against Covid-19 and are under the age of 65, added the statement.