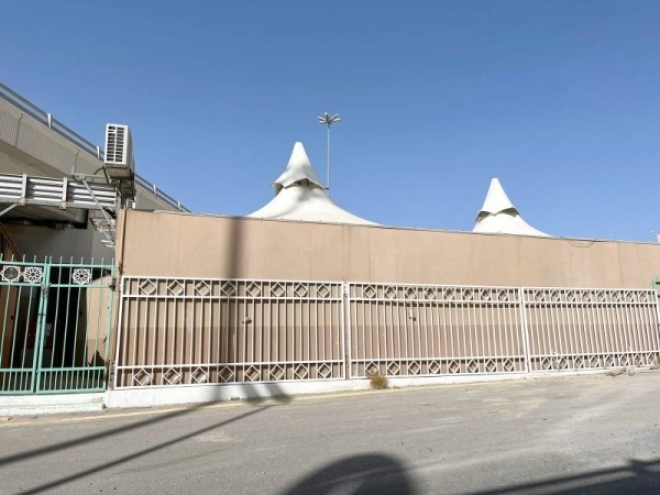 JEDDAH — The Royal Commission for Makkah City and Holy Sites, represented by the Kidana Company, which is the commission's executive arm and the major developer of the holy sites, is continuing work to implement a project to build pilgrim camps in the Mina area,

In the first phase of the development project, Okaz/Saudi Gazette observed the progress of fieldwork in selected camps, which will be used during the 1443 AH 2022 Hajj season.

Because of the ongoing COVID pandemic, the number of pilgrims from within and beyond the Kingdom grew to only one million, after decreasing for the previous two years.

The development work includes installing heat-insulating gypsum screens on the camps' facades, paving the entrances and corridors within the camps, building modern toilets and installing new air conditioners to match with the likely rise in temperatures during the Hajj season, as well as establishing model kitchens with high engineering specifications to keep pace with the expected increase in the number of pilgrims.


⇐ Previous:
Before onset of summer, Jeddah records highest Saudi temperature at 48 on Sunday
Next: ⇒
780 Bangladeshi agencies to carry out Hajj services this year