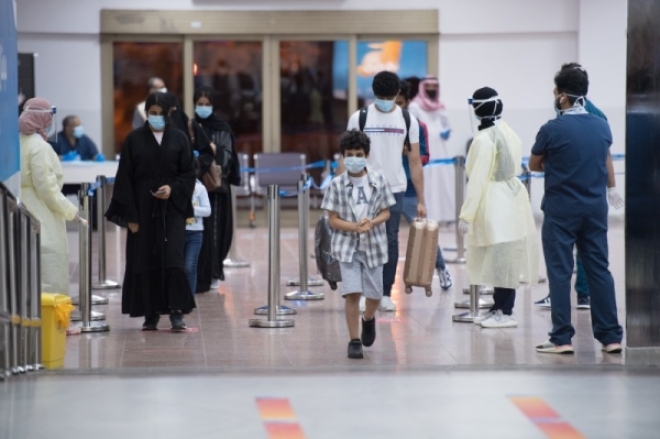 JEDDAH — Saudi citizens have been banned from traveling to 16 countries due to COVID-19 cases in those countries, The General Directorate of Passports (Jawazat) said on Saturday.

The General Directorate of Passports (Jawazat) emphasized that the validity of the passport of Saudis who intend to travel to non-Arab countries must be more than six months. The Jawazat explained about the requirements for the travel of Saudis abroad in a statement on its Twitter account.

The Jawazat reiterated that the soft copy of the national ID on Absher and Tawakkalna applications is not sufficient for travel to GCC states.

The original ID card and family registry must be produced for the travel in addition to a document of proof of dependents inside the Kingdom whose holders are unable to travel to the Gulf countries.

Regarding the health requirements of Saudis who are traveling outside the Kingdom, the Jawazat emphasized that these include receiving three doses of vaccine against coronavirus or do not have passed three months after taking the second dose of the vaccine.

There will be exemptions for those groups who have been given exception on medical grounds as per the status on the Tawakkalna application.

The Jawazat stated that those under the age groups of 16 and 12 are required two doses of the vaccine.

As for those who are under the age of 12, they are required to keep with them an insurance policy against coronavirus while traveling to outside the Kingdom, the Jawazat sources added.