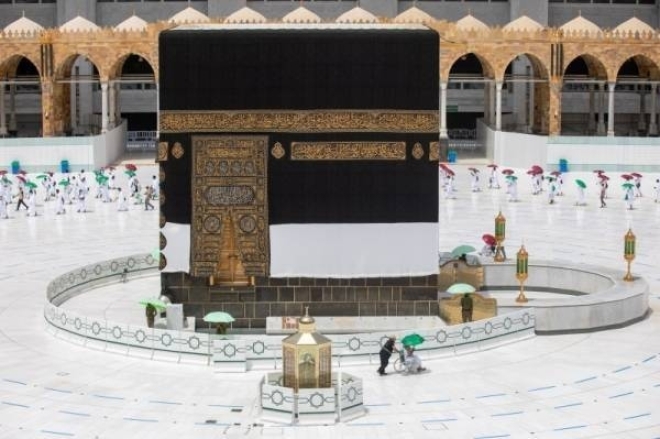 RIYADH — The General Directorate of Passports (Jawazat) revealed the penalty for those who have been caught fingerprinting for Hajj without obtaining a permit.

The Jawazat confirmed that the penalty of anyone caught fingerprinting for Hajj without obtaining a permit will be deportation from Saudi Arabia for a period of 10 years.

Meanwhile, the Jawazat said that the family visit visa cannot be converted into a residency permit (iqama), stressing that the instructions do not allow this.

The Ministry of Hajj and Umrah had confirmed earlier that Hajj rituals for this year could only be performed by those who hold a visa that is designated for Hajj, or by those who are residing in the Kingdom with an iqama.

It is noteworthy that the Ministry of Hajj and Umrah announced that it has decided to allow one million pilgrims, both foreign and domestic, to perform Hajj this year — 1443H/2022.

The procedures for applying for this year’s Hajj from inside Saudi Arabia will be announced through its official website soon, the ministry said.