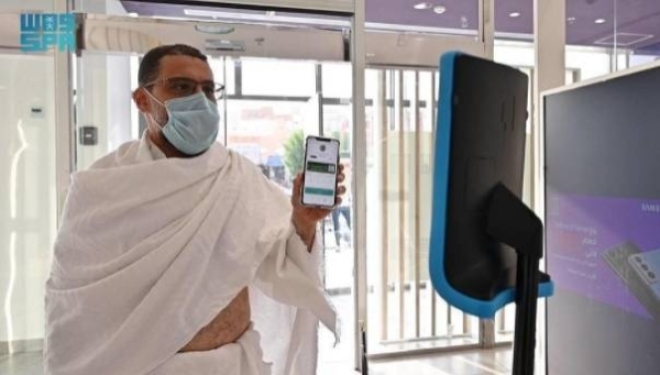 MAKKAH — The Ministry of Hajj and Umrah has warned the public against bogus online accounts and Hajj service providers who claim to provide Hajj services and packages at lower prices.

The ministry urged citizens and expatriates who wish to perform Hajj this year to apply and register only through the Eatmarna application via the link: https://localhaj.haj.gov.sa /.

The ministry stated that it had monitored many fake accounts and misleading contact numbers of people who — claiming to provide Hajj services — are requesting personal data and official documents from those who wish to perform Hajj. It stressed that citizens and residents should not be misled by the advertisements, which have no official status on social networking sites.

The ministry urged the public to report immediately about any office, company or person claiming to offer permits to perform Hajj for the year 2022 outside the framework of the official portal.

The ministry confirmed that the electronic portal for domestic pilgrims, which was designated by the ministry to receive applications from citizens and expatriates for this year, is the only outlet to reserve the services of companies and establishments for authorized domestic pilgrims. This aims at achieving transparency, ensuring supervision and control processes and applying all health and precautionary measures related to coronavirus.

Registration for Hajj through the Eatmarna app will continue until Dhul Qada 13 (June 12) and the results of the screening will be announced after the deadline. The monitoring and follow-up committees at the ministry would act on all violations and unauthorized campaigns. Legal measures will be taken, in cooperation with the security authorities, against the violators, the ministry added.

A total of 150,000 citizens and expatriates will be selected from among the applicants for this year’s Hajj. This represents 15 percent of the total one million pilgrims who will be allowed to perform Hajj this year. Out of the total pilgrims, foreign pilgrims constitute 85 percent or 850,000 pilgrims.