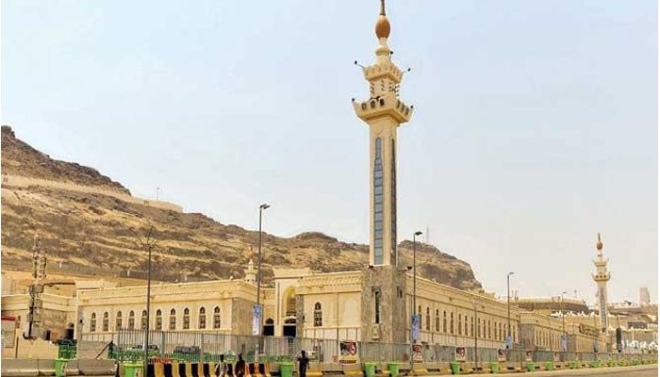 MECCA: As the Kingdom of Saudi Arabia starts receiving Hajj pilgrims from across the globe, Masjid Al Kheyf has been reopened for them to pray after a two-year long closure.

Saudi Arabia's Ministry of Islamic Affairs has completed preparations to host the pilgrims at Al Kheyf.

"After closure of two years due to pandemic, the ministry of Islamic affairs completes the preparations to receive hujjaj in Masjid Al Kheyf, Mina," read a statement issued on the official Twitter handle for the publication of news related to the two holy mosques in Saudi Arabia.

According to the ministry, the pilgrims will have the opportunity to pray on 8th, 10th, 11th, 12th and 13th Zil Hajj, the holy month of Hajj.

Al Khyef is located in the heart of Mina, a holy site in Makkah. It is one of great importance during Hajj as it is also known as the Mosque of Prophets because numerous prophets are said to have prayed at this mosque, including Prophet Musa (AS).