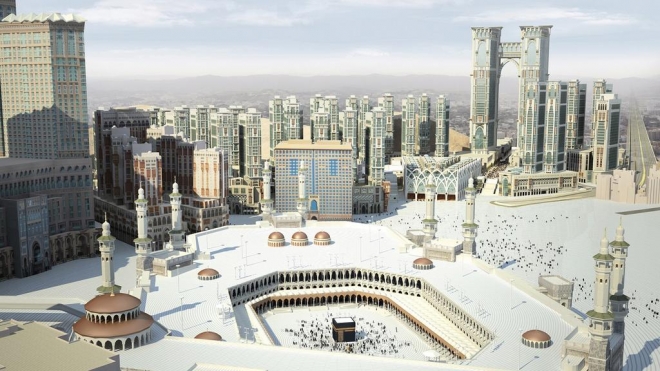 Emaar Hospitality Group has signed a deal with Jabal Omar Development to operate a new Address Hotels + Resorts project in Mecca, close to the Grand Mosque.

The Jabal Omar Address Makkah property will have 1,490 hotel rooms and suites – some of which will be available for freehold purchase. It is scheduled to open in 2019.

Jabal Omar is a listed developer of a master planned series of tower clusters within walking distance of the Grand Mosque that will contain more than 2 million square metres of four and five-star hotels. The first phase is already complete, and contains Hilton and Marriott Hotels.

Thus far, the site has been developed over four phases, but in March this year Jabal Omar announced that it had been granted permission from the Makkah Region Development Authority to increase the size of its project site by 42 per cent to 167 hectares. It said the increase would allow it to build fifth, sixth and seventh phases.

Emaar Hospitality said that the project would be the first Address Hotels and Resorts site in Saudi Arabia, although Emaar’s Saudi subsidiary, Emaar Middle East, had previously developed 316 serviced apartments within the nearby Makkah Clock Tower development, but these are operated by Fairmont Hotels & Resorts. They were completed in 2013.

“We are honoured to mark the expansion of Address Hotels + Resorts, the premium luxury hotel brand under Emaar Hospitality Group, to Saudi Arabia with the signing of this important management contract with Jabal Omar Development Company,” said Mohamed Alabbar, the chairman of Emaar Properties.

“As an iconic development situated near the Grand Mosque, Jabal Omar Address Makkah will appeal to visitors from across the world.”

Yasser Faisal Al Sharif, the Jabal Omar chief executive, said: “By choosing a brand that has its roots in the region, we are confident of delivering a hospitality choice that will support the goals of Saudi Vision 2030 to promote religious and cultural experiences.”

Figures published by the hospitality consultancy STR yesterday confirmed that Saudi Arabia is the fastest-growing hospitality market in the region, with 40,145 rooms under development across 95 projects.