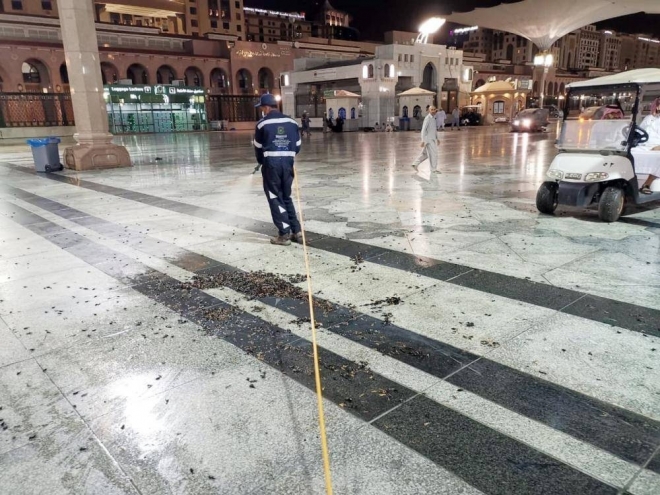 MADINAH — The General Presidency for the Prophet’s Mosque Affairs said it was continuing efforts to combat the swarms of black crickets, in cooperation with the municipality, the Ministry of Health and the Ministry of Agriculture.

More than 150 municipality employees equipped were deployed to spray the areas around the Prophet’s Mosque with pesticides and collect the dead crickets in special bags. They also monitor the movement of these bugs on the roof of the mosque.

They have also closed the domes of the mosque to prevent these bugs from getting inside. The agency also reduced the lights around the mosque, which attract the bugs.

The presidency employed a number of employees around the gates with special vacuum machines for the suction of insects.

They also filled any gaps inside the mosque’s walls and pillars with silicon to prevent the bugs from hiding inside. They agency said they will continue to work around the clock to finish these bugs and ensure the comfort of worshippers.