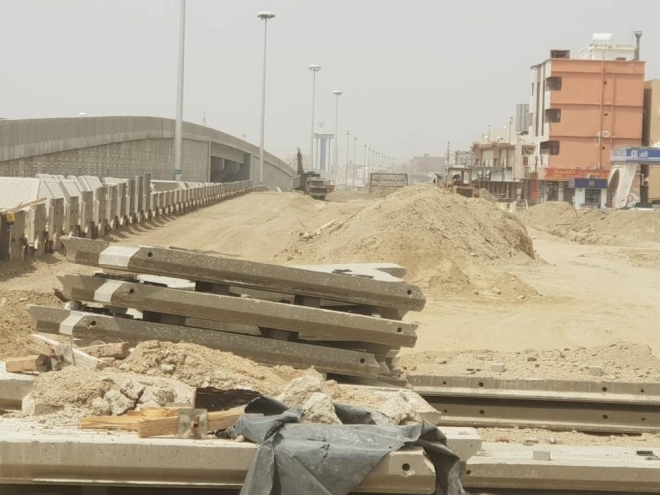 MAKKAH — The work for the 500-meter-long Al-Nuwairiyyah bridge in Makkah started eight years ago, but hassle-free commute still remains a dream for the residents of the area.

The residents were quite happy when the work on the project started, but eight years later this happiness turned into sadness.

The residents said the bridge divided the eastern section of the district from its western side making it difficult for them to communicate with or visit each other.

They said they had to cross long distances through the Hijra Road to be able to reach other parts of the holy city.

The residents blamed the municipality for delaying the project by awarding it to unqualified contractors.

They said the municipality was not keeping a watchful eye on the contractors who sublet the projects.

Saeed Al-Lahyani said the project turned out to be a tragedy, as it was not completed eight years after the start of the work.

«The residents are finding it difficult to move between the eastern and the western sections of the district,» he said.

Lahyani said they never expected the project to become a burden on them. «The successive contractors were not able to complete the work on time,» he added.

He said only a small part of the bridge was completed during these long period and the bulk of the work was still to be carried out.

Nair Al-Bigaili said the execution of the bridge was slow and slackening, which adversely affected the life of the residents.

He asked the municipality to move fast to complete the project, which cut them off from the other parts of Makkah making the life hell-like.

Bigaili said the residents were forced to use the valley roads, which aggravated their predicament.

Amir Ali urged the municipality to save them from the machinations of the contractors. «Is it possible for half a kilometer of a bridge to remain incomplete after eight years of building?» he asked.

Ali said he lived in the western section of the neighborhood and found it difficult to take his children to their schools in the eastern side.

Ali said he had to travel more than 5 kilometers every day to drop his children to school.