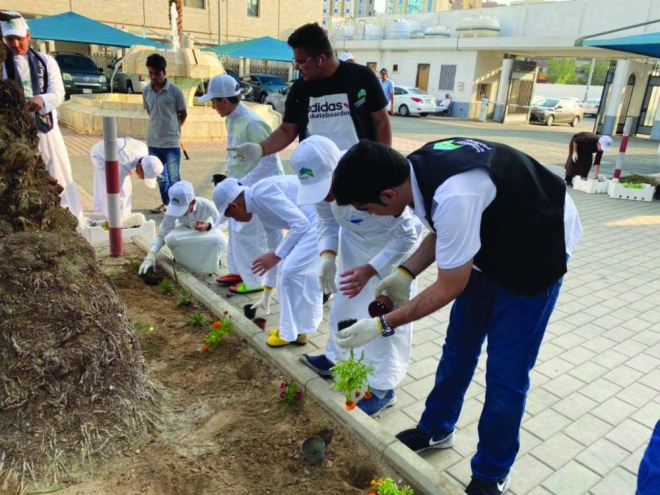 RIYADH — About 16,000 volunteering Saudi men and women participated in the initiative launched by the Ministry of Municipal and Rural Affairs to clean the districts, streets and shores in various parts of the Kingdom.

On the occasion of the International Volunteer Day on Dec. 5, the ministry launched its initiative titled "Hand in hand we go up".

The ministry said the initiative was aimed at cleaning the various neighborhoods, streets, public parks, shores and wiping out the graffiti writings on the walls.

It said during the week the volunteers were trained on first aid, distributing plants to grow in the cities and towns and distributing booklets and pamphlets on public health.

According to the ministry, the voluntary work was carried out in Makkah, Jeddah, Madinah, Riyadh, Tabuk, Baha, the Northern Border Province, the Eastern Province and many other areas.