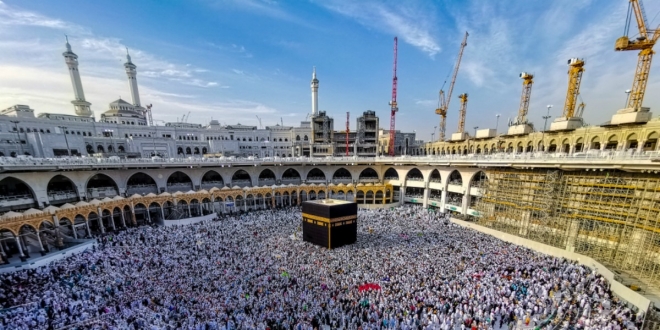 South Africa will not be sending its pilgrims to this year’s hajj, following the same decision made by a growing number of countries due to COVID-19 challenges.

South Africa had a hajj pilgrim quota of 3,500 for this year.

“Based on the closure of our borders, the curtailment of international travel and issues pertaining to COVID-19, it is with regret that we inform South African accredited hujaaj that South African pilgrims will NOT be able to embark on the 1441 / 2020 hajj,” the South African Hajj and Umrah Council (SAHUC) said in a statement on Thursday (June 11).

SAHUC said it was in discussions with the Saudi Ministry of Hajj and Umrah and the Saudi embassy in Pretoria, and there is “currently no indication as to when an announcement from the Ministry can be expected as the Ministry is currently monitoring the coronavirus effects and its recommendation is to put all arrangements for hajj on hold”.

If the hajj is to go on this year, it will start around July 28, which is less than 50 days from today.

SAHUC said South Africa’s pilgrims scheduled for this year’s hajj can contact their respective operators to arrange for their release from any contracts and for refunds.

This year’s prospective pilgrims will be placed in a queue for next year’s pilgrimage, said SAHUC.

South Africa’s decision comes on the same day the Malaysian government announced it would not send its 31,600 pilgrims.

Other countries that have pulled out of this year’s hajj due to COVID-19 challenges include Singapore and Indonesia.

The total number of pilgrims Indonesia, Malaysia, South Africa and Singapore would have sent this year is 257,000, with 221,000 from Indonesia alone. The hajj this year was expected to welcome around 2.5 million pilgrims, around 75% of whom would come from outside Saudi Arabia.

The Hajj Committee of India told Salaam Gateway earlier this month it will wait for Saudi Arabia’s decision. India has a hajj pilgrim quota of 175,000.