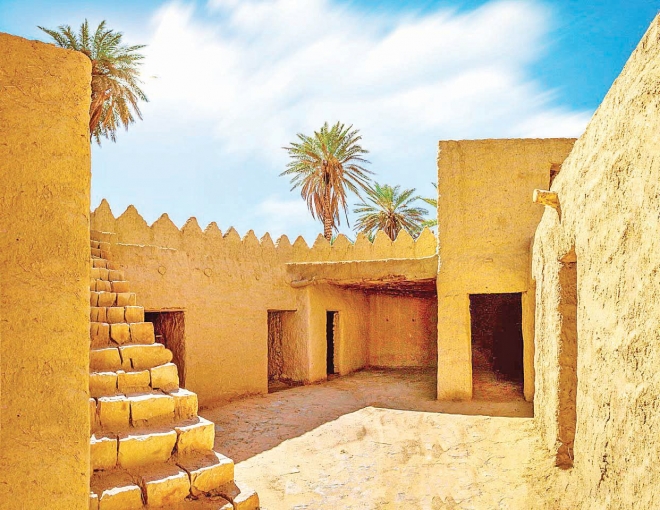 Tabuk is one of the largest and most important cities in the Kingdom’s northern region, with a heritage dating back to the fifth century B.C.

There are spectacular fortresses all around Tabuk, but this imposing castle in the center of the city might be the oldest, with some experts claiming there was a fortress on the site as early as 3,500 B.C.

Inside its walls, two mosques are linked by courtyards, stairwells and watchtowers. A small museum details the history of the castle and the wider city — from the great explorers who visited, such as Ibn Battuta, to the caravan of pilgrims who would stop to drink from its wells on their way to Makkah and Madinah.

This photograph was taken by Dhafer Al-Shehri as part of the Colors of Saudi competition.


⇐ Previous:
Kaaba’s Kiswa to be replaced next Thursday
Next: ⇒
Minimalist Hajj this year will truly be a once-in-a-lifetime pilgrimage