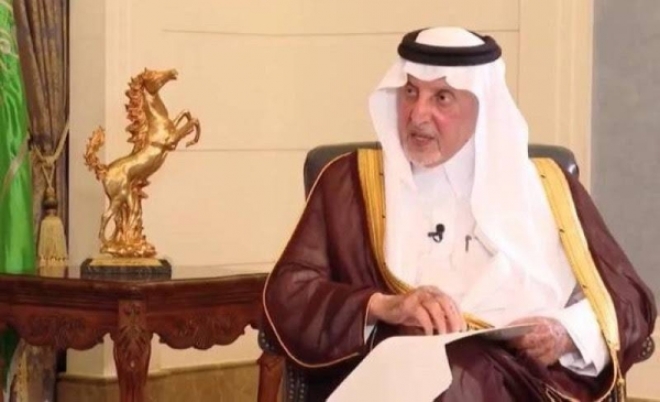 MAKKAH — Prince Khaled Al-Faisal, the emir of Makkah and adviser to Custodian of the Two Holy Mosques, said that as many as 60,000 personnel are taking part from various security and service sectors in serving Hajj pilgrims this year.

In an interview with MBC channel on Thursday, Prince Khaled, who is also chairman of the Central Hajj Committee, said that expatriates who belong to 160 nationalities constitute 70 percent of the pilgrims performing this year’s exceptional Hajj while the remaining 30 percent are Saudi health practitioners and security men who have recovered from coronavirus.

Prince Khaled said the first ten-year plan for the Makkah region has seen the completion of its projects successfully and the second plan was adopted with the same approach. “The Makkah Region Development Authority (MRDA) has implemented several projects, in cooperation with various agencies, at the holy sites and these include construction, expansion and shading of roads and pedestrian paths, construction of about 2500 toilets, new residential areas to accommodate 40,000 pilgrims, developing reception and welcoming centers located at the entrances to the holy capital,” he said while noting that Al-Nawariya Center, located on the Makkah Al-Madinah Road, was opened last year.

Al-Faisal said the MRDA is currently working on developing the center located on Al-Haramain Road (Makkah-Jeddah), as the completion rate reached 87 percent, and these centers contribute to improving the aesthetic image of the entrances to Makkah, and accelerate the entry procedures of pilgrims in a period not exceeding seven minutes.

The authority’s projects also included expansion of Jamarat Complex from the current five floors to 12 floors to accommodate five million pilgrims in the future, as well as the Mashair Train and Haramain Train projects, King Abdulaziz International Airport project in Jeddah, which targets the transportation of 80 million passengers annually in the future. The projects also include Taif International Airport project, in addition to the expansion projects of the Grand Mosque, mataf and mas’a in Makkah and the Hajj and Umrah airport project, which comes within the Faisaliah project.