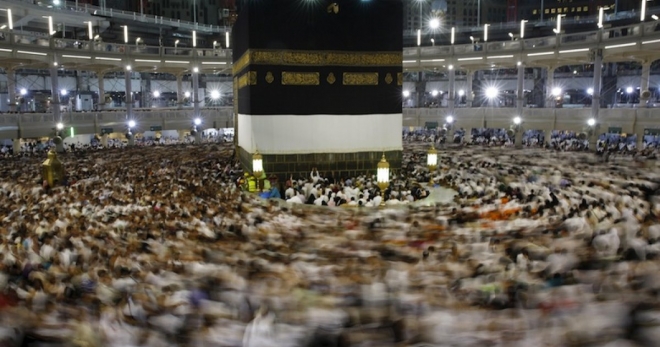 KUALA LUMPUR, Dec 9 —  The Pilgrims Fund Board (Tabung Haji-TH) and the Ministry of Health (MOH) as well as other stakeholders must meet to discuss and scrutinise the current situation of Covid-19 in order to formulate a comprehensive standard operating procedure (SOP) for Malaysians pilgrims to perform Haj.

Deputy Mufti of Selangor Datuk Anhar Opir said Haj operations have been significantly affected by travel restrictions imposed due to the Covid-19 pandemic, hence the need for a comprehensive SOP to ensure smooth running of the operations and, at the same time, protecting the Malaysian pilgrims from being infected with the coronavirus.

He said the SOP should be given priority to prevent the pilgrims from harm.

“The Covid-19, which has yet to have a cure, is a test from Allah. Only a comprehensive SOP will help prevent the infection. That is why we need the SOP, to prevent us from harm... the SOP may differ according to the situation,” the TH Haj Guidance Committee member told Bernama.

Elaborating, he said among the matters that should be emphasised in the SOP was the practice of physical distancing, where the distance should be based on the situation the pilgrims are in, such as in a moving vehicle, during wukuf in Arafah, or during the stoning of the jamrah in Mina.

“We need separate SOPs for the pilgrims when they are in Arafah for wukuf and in Mina for the stoning of the jamrah. In Mina, for example, the number of pilgrims could not be increased, but physical distancing is required because the area is limited. So, I propose for further scrutiny.

“The wearing of the face mask (in ihram during Haj or umrah) is required during a pandemic as has been decided in the National Haj Muzakarah, and pilgrims will only be imposed the ‘dam’ (fine) once,” he said.

Anhar said other rites to be done by Malaysian pilgrims could also be selected to prevent infection of Covid-19.

The rising cost of Haj due to the implementation of the SOP to curb the spread of Covid-19 should also be carefully reviewed to ensure that the pilgrims and Haj operators like TH, will not be heavily burdened.

“If we were to implement physical distancing, the flight with 400-passenger capacity a bus with 50-passenger capacity may only transport half the number, which will increase the cost. With the cost of quarantine and other costs, it will definitely affect the overall cost of Haj,” he said.

Anhar said the new conditions set by the Saudi Government for the approval to perform umrah starting Nov 1, could be used as a reference for the formulation of the Haj SOP, including setting the age limit of pilgrims to between 18 and 50.

“If the same formula is used, there may be additional conditions, such as health confirmation, symptom detection and mandatory screenings 72 hours before departure, especially for those in the high-risk group,” he added.

Meanwhile, Anhar said those financially capable but physically incapable of performing Haj, are still required to do it, but through the Haj badal (proxy) method.

“Anyone who is physically incapable to perform Haj, but has the financial ability to do so, is still compelled to ‘perform’ it through a proxy or Haj badal,” he added. — Bernama