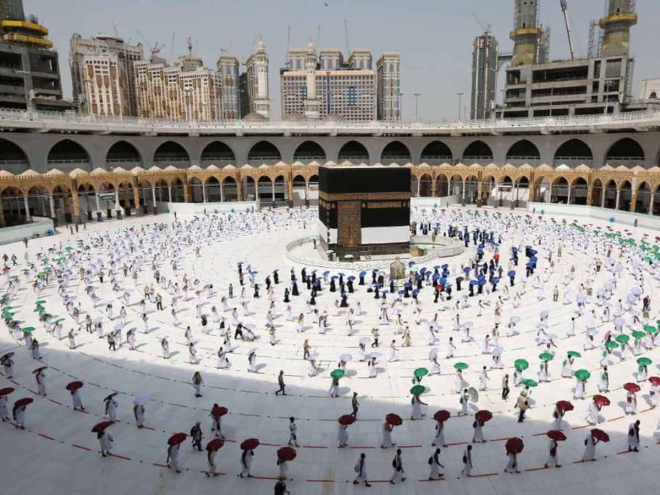 Hyderabad: Uncertainty prevails over the Hajj 2021 as Saudi Arabia is witnessing a surge in coronavirus cases.

Apart from it, the Kingdom has also delayed the opening of its air, sea, and land border till May 17.

A few days ago, talking to state television Al Ekhbariya, Saudi Minister Abdulatif Bin Abdulaziz had said that if the need arises, mosques will be closed.

According to a report in Deccan Chronicle, uncertainty also prevails over the meeting between Indian diplomats and Saudi Authorities to finalize Hajj pilgrims’ quota. It is scheduled to be held on February 10.

The report also mentioned that a source in the State Hajj Committee said, “chances of allotment of quota is very less as pilgrimage dates are near”.

Hajj Committee officials believe that even if Indians are allowed to perform Hajj, their quota is likely to be reduced.

Last year, Saudi Arabia allowed only around 10,000 pilgrims present in the kingdom to participate in Hajj. The Kingdom has scaled-back the annual ritual due to coronavirus.

Although uncertainty looms over the Hajj 2021, the authorities of Saudi Arabia are yet to announce whether they will proceed with this year’s Hajj, scheduled to begin in July.

Out of the total new cases, 153 were recorded in Riyadh, 71 in the Eastern Province, 35 in Makkah, 18 in Madinah, nine in Al Bahah, six in Al Qassim, five each in Asir & Hail, four each in Northern Borders and Al Jouf, three in Najran, two in Jazan and two in Tabouk.

As more 278 people recovered from the virus, the cumulative recoveries reached 361,515.