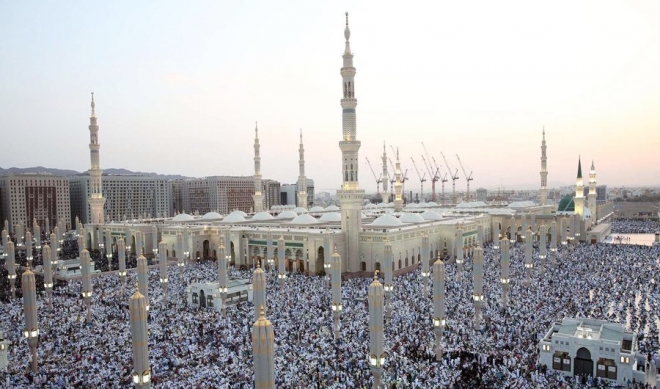 JEDDAH: More than 1,400 years after Prophet Muhammad and his followers migrated from Makkah to Yathrib (Madinah), Saudi historians and environmentalists have retraced his route.

For eight days the team journeyed on foot and by camel through mountains and deserts, following the steps that were taken over a century ago to escape the Quraysh tribe.

Their journey began from the historic Ghar Thor, the cave on Jabal Thor in Makkah where the prophet and his closest companion Abu Bakr hid from enemy eyes. They covered around 500 km and there were field expeditions, including overnight camping, in difficult and dangerous conditions.

Al-Graiqri said the documentation of the prophet’s migration was the culmination of several years of research, driven by the desire to determine as precisely as possible the route of the Hijrah.

“In the course of this study we have conducted dozens of field expeditions, collecting data, recording GPS and GIS coordinates, identifying landmarks, and calculating distances,” he said.

Darwish said the migration started on a Monday and ended the following Monday and, after analyzing, synthesizing, cross-checking the information from their research and seeking certain information from tribes living in the valleys, they were able to predict the most likely route that the prophet took.

But they had to overcome physical and mental challenges to achieve their goal.

There was a sandstorm in the journey’s early stages, hindering their progress for two days and threatening their timeline.

“The sandstorm forced four members of the team to use cars but the young hikers who supported our journey insisted to keep walking,” said Darwish. “What we have done is a wonderful and historical achievement on several levels, both from documenting and confirming the prophetic landmarks and drawing attention to their historical and religious significance, in addition to being a physical and mental challenge on a personal level that adds a lot to us.”

After completing the journey, the team was convinced it aligned with the prophet’s route.

“It’s a surreal feeling to cross the finish line to Madinah. It took two years to plan and execute, but it’s such a special moment. History is made.”

The team presented the “Documentation of the Prophet’s Migration Road” exhibition at a launch event in Jeddah, where images and models offered a visual description of the route taken by the prophet.

Team members said they were glad to have had the chance to experience the same route that the prophet took during his migration.

“To document the journey of a lifetime and experience the migration of the prophet from Makkah to Madinah was our dream and we achieved it,” added Darwish.


⇐ Previous:
Saudi Arabia Gives the Nod for Hajj 1442/2021, But will South Africans be Allowed to Embark on the Journey of a Lifetime?
Next: ⇒
200,000 Zamzam water bottles, 37,500 liters provided to worshipers on 27th Night of Ramadan