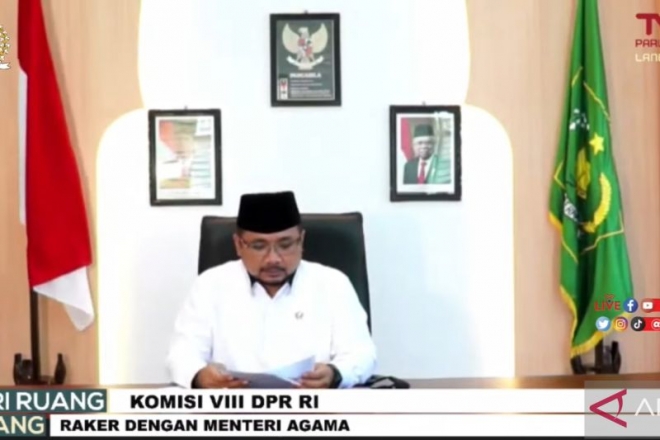 Jakarta (ANTARA) - The Religious Affairs Ministry, as the authority on national Hajj and Umrah travel, has proposed that Rp45,053,368 (US$3,153) be charged per person for Hajj pilgrimage this year.

"The ministry has proposed that the total cost for 2022 Hajj pilgrimage be Rp45,053,368 per person," Minister Yaqut Cholil Qoumas told members of Commission VIII of the House of Representatives (DPR RI) during a meeting on Wednesday, which was accessed online from Jakarta.

Many factors, including flight costs, living costs, visa fees, and COVID-19 PCR test fees in Saudi Arabia, were considered before deciding the total fee that would be charged from each Indonesian Hajj pilgrim, the minister informed.

The new fee is also expected to alleviate Hajj pilgrims' burden by shifting most of the financial responsibility to the authority, he added.

"(The total fee is expected to) balance the total Indonesian Hajj pilgrims with the cost burden in the future, and is also expected to alleviate the financial burden on Hajj pilgrims," Qoumas remarked.

The ministry has also proposed that Rp8.9 trillion (US$632 million) of the national Hajj cost be funded from indirect sources, which includes efficiency cost, benefits, and other legitimate sources, the minister informed.

The flight distance from embarkation points, price rationality, and service quality factors were also considered while drafting the national Hajj budget and considering the budget sources, he added.

The minister said that the government will present the proposed Hajj fee to the House working committee for further deliberation.

The Saudi authorities are yet to announce their final decision on opening their border to Hajj pilgrims despite the first pilgrims scheduled to embark on Hajj on June 5, 2022, so that they can complete their pilgrimage within the timeframe permitted by the Islamic calendar, Quomas said.