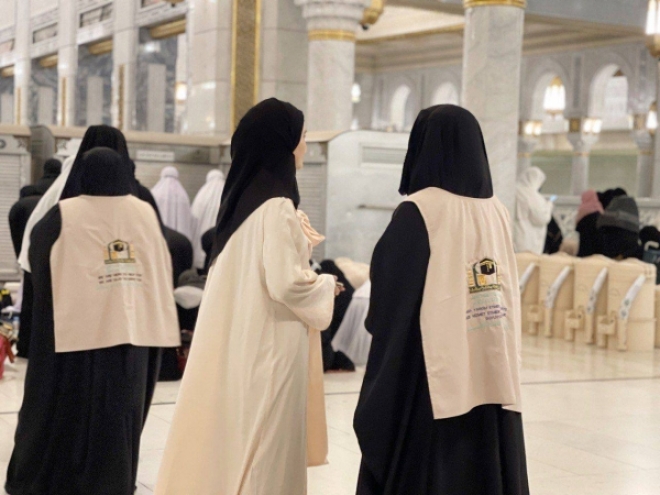 MAKKAH — The Presidency for the Affairs of the Two Holy Mosques confirmed that the services provided for the female Umrah pilgrims include assisting them in five languages: English, French, Urdu, Turkish and Uzbek.

Dalal Bint Abdul Aziz Fallatah, director of the General Department of Women's Languages and Translation, stated that the female employees in the department are qualified to present this purposeful initiative.

Dalal said that female employees are also qualified to present several initiatives during this season, some of which were made to benefit the Grand Mosque’s female workers and some of them are to help non-Arabic speaking female pilgrims.

The Department of Languages and Translation has allocated a uniform for female translators inside the corridors and women’s chapels in the Grand Mosque, which will greatly contribute and help female pilgrims to get to know them directly, especially during crowded times.

It is noteworthy that the Security's Special Force of the Grand Mosque during Ramadan is implementing high plans to organize the movement of worshipers and pilgrims, facilitate their entry, maintain their security and peace, and provide them with humanitarian services.

The technical follow-up of the Special Forces has contributed through the micro-cameras that were deployed in the floors and courtyards of the Grand Mosque to the regulation of pilgrims' entry and exit operations.