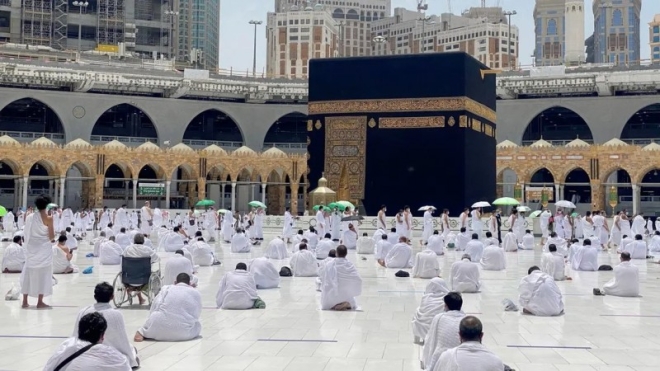 Rabat – Ahmed Taoufiq, Morocco’s Ministry of Habous and Islamic Affairs said on Tuesday that he is in daily contact with the Saudi Arabian authorities to prepare for the 2022 pilgrimage.

The Moroccan minister discussed with the Saudi authorities the packages of basic and additional services planned for the 2022 Hajj season as well as their fees.

Answering a question on the preparations of 2022’s pilgrimage at the House of Councilors, the Minister said that the Hajj fees, and the gathering period will be announced as soon as the services (housing, food, etc) and their fees are determined in line with the recommendations of the Royal Commission in charge of pilgrimage.

However, the Royal Commission has not been able to inquire about the rates of these services, as they have not yet been approved by the Saudi Ministry of Hajj, Taoufiq noted.

On April 21, a special committee under the Moroccan ministry visited Saudi Arabia and held meetings with the Saudi authorities to conclude agreements in principle to provide accommodation and food to pilgrims in Mecca and Medina.

The committee held another meeting on May 10 to review all the arrangements made by the Saudi authorities for Hajj this year, as well as the introduced  “season’s updates,” the minister recalled.

On April 18, Saudi Arabia introduced a 55% cut of the usual quota for Moroccan pilgrims.

Following the Saudi move, Morocco’s Royal Commission for Pilgrimage said in a statement that the ministry will announce the 2022 Hajj fees based on the charges of basic and additional services upon receiving confirmation from Saudi authorities.

The Moroccan pilgrims will have a window of five days to complete their payments, which will start exactly one week after the Moroccan announcement of the official Hajj charges.

Selected pilgrims who want to withdraw from the process and get a refund must contact authorities by May 31.

Following the recommendations of the Royal Commission, the Ministry will ensure that Moroccan pilgrims stay in the legal zone in Mina, respecting the 25 days limit set by the North African country, Taoufiq concluded.