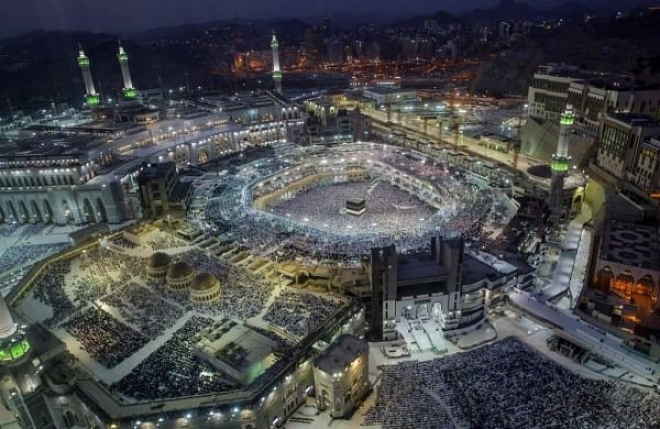 COLOMBO: The Sri Lankan government has decided to permit its Muslim citizens to travel to Saudi Arabia to perform Haj on the condition that they pay USD 1,500 in foreign currency from abroad without affecting the nation's crisis-hit economy, according to media reports on Thursday.

The government has agreed to allow Haj pilgrims despite the current economic crisis, following a meeting of Religious and Cultural Affairs Minister Vidura Wickremanayake on Tuesday with the Haj Travel Operator's Associations.

It was decided in the meeting to fulfil the request of pilgrims by asking them to pay for their Haj package in foreign currencies, Daily News Lanka newspaper reported.

Sri Lanka's travel operators had earlier decided to cancel the Haj pilgrimage this year due to the worst economic crisis facing the debt-ridden country.

They said cancelling the Haj this year could save the island nation precious foreign exchange.

Saudi Arabia had approved a quota of 1,585 Hajj pilgrims from Sri Lanka for the year 2022, out of the one million foreign and domestic Muslims allowed to travel to the holy city of Makkah in the pilgrimage season.

Stressing that Muslims in Sri Lanka performed their annual pilgrimage every year without any interruptions except for the last two years because of the Covid-19 pandemic, Wickremanayake said he had requested the central bank of Sri Lanka to work out the modalities of the pilgrimage under new guidelines.

Department of Muslim Religious and Cultural Affairs on its official website asked pilgrims to transfer USD 1,500 per person from abroad to a designated foreign currency account in Sri Lanka to perform Hajj.

According to the statement, Haj Tour Operators' Associations have been advised to make arrangements as per the guidelines of the central bank and to levy a reasonable amount as the charges for the Haj pilgrimage this year.

Sri Lankans interested in performing the Haj this year were requested to confirm their participation before Friday (June 10), the country's news website News1st cited the statement as saying.

The report also said Sri Lanka had conveyed the decision to the government of Saudi Arabia through appropriate diplomatic channels.

Sri Lanka has been facing the worst economic crisis since its Independence from Britain in 1948, partly due to lack of foreign currency, which has meant that the country cannot afford to pay for imports of staple foods and fuel, leading to acute shortages and very high prices.

"The whole Haj operation of Sri Lankan pilgrims will cost around USD 10 million, which is a big amount compared with the current economic situation of the country," Ahkam Uwais, chairman of the National Hajj Committee under Sri Lanka's Department of Muslim Religious Affairs, had earlier said while conveying the decision of forgoing the pilgrimage this year.

The Haj, one of Islam's five main pillars of faith, is organised by umbrella groups of government-licensed operators - the only tour organisers available to prospective pilgrims.